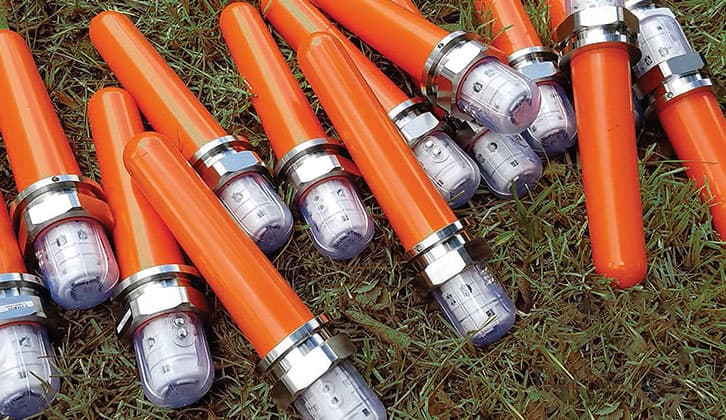 A NuSeis cableless recording system, produced by GTI (Geophysical Technologies Inc., USA), was successfully tested in the southern part of the Krasnoyarsk region at the beginning of April 2019. The acquisition tests were carried out according to an agreement between NewTech Services, CIS, and Geotech Seismic Services. NewTech Services is the exclusive distributor of GTI equipment in Russia and Geotech Seismic Services is one of the largest seismic contractors in the world.

The field work was carried out by the personnel from Evenkiyageofizika, the division of Geotech Seismic Services in Minusinsk town, with technical support provided by Karl Oeler (GTI) and Anatoly Cherepovskiy (NewTech Services). The NuSeis cableless recording system is very simple to use, so field training on activation, deployment and retrieval of the NRU-1C nodes took only a few minutes.

The test 2D line was about 5 km long and consisted of 190 receiver points with a receiver interval of 25m. The NRU-1C nodes were deployed in parallel with a standard cable-based recording system using 12 geophones per channel. It was found that the deployment and retrieval of the NRU-1С nodes is 2.5 times faster than the deployment and retrieval of standard cable-based recording equipment.

Field geophysicists have known about the advantages of buried geophones for a long time, but this field technique is not widely used in modern production seismic surveys due to the absence of efficient manual and automated means of deep geophone deployment. For this acquisition test, NuSeis’ manual NRU-1C deployment tools were used, such as sliding hammers and moto drills.

Even greater field operation productivity can be achieved with automated node deployment systems (GTI produced “automators”) which have been successfully tested by GTI in the USA and other countries of the Western hemisphere. Future trends in the adoption of such automators in Russia will be additionally assessed.

Raw seismic data displayed after the acquisition of the test line showed that the NRU-1C nodes significantly attenuate the wind noise and have the potential to improve the signal-to-noise ratio in the recorded data. Custom processing of the datasets collected with the two types of seismic recording equipment will be carried out by Geotech Seismic Services. They expect to obtain results worth discussing and presenting at Russian and international geological and geophysical conferences. 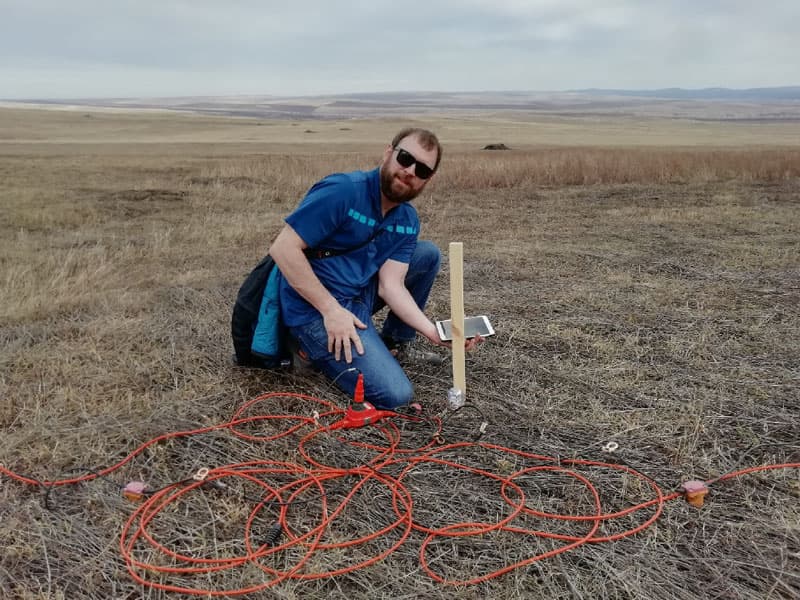 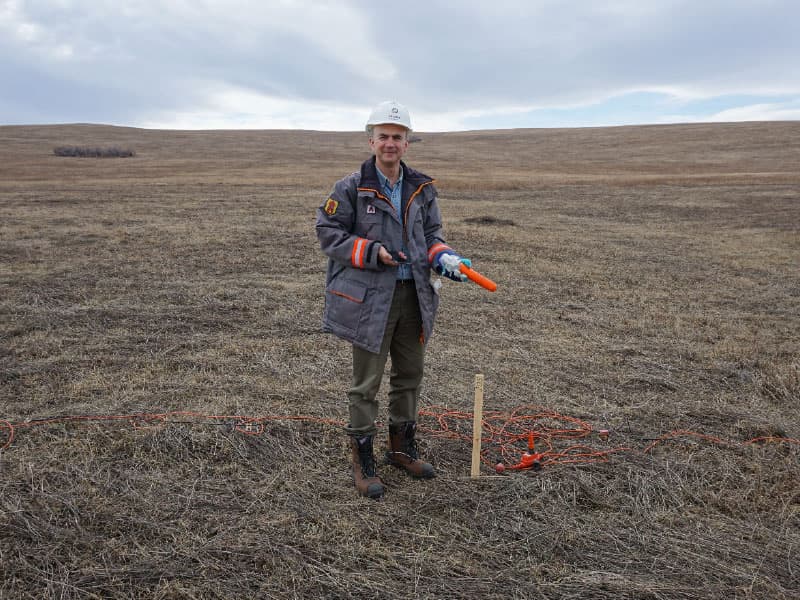